The Legion of Rassilon is the San Francisco Bay Area’s Doctor Who fan club, established in 1982 as a chapter of the North American Doctor Who Appreciation Society (NADWAS).

We meet on the fourth Friday of the month (and the occasional fifth Friday.) Meetings generally consist of news and reviews of Doctor Who and other science fiction titles, a raffle and viewing of Doctor Who or related programs (Torchwood, Sarah Jane Adventures, Class.)

Legion of RassilonTuesday, September 22nd, 2020 at 4:46am
I have revised the March meeting to a ZOOM meeting for this Sunday (9/27) Come by and we'll see how this all works out! (look in the events section...)

Legion of RassilonTuesday, September 1st, 2020 at 11:03pm
I sent out an email to the old Yawho! list and the new groups.io list last night about interest in doing ZOOM meetings.

The only caveat is at this time is I have openings on Tuesdays & Thursdays (after 7 pm), Saturday after 12pm, and Sunday after 6pm. Apart from that, we are not tied to once a month (but I don't think more than twice a month.

And, since I can't seem to create a poll (so many FB changes messing things up) just reply here or on either of the mailing lists (if you are subscribed to those).

Legion of RassilonSaturday, July 25th, 2020 at 2:10am
Sorry about that, folks. I forgot to move the meetings out one more month. I hope no one showed up at Denny's tonight (I don't even think they have a patio to serve people...)
1    View on Facebook

Who'd like to see the rest of this episode?

Legion of RassilonWednesday, April 8th, 2020 at 7:10pm
The Doctor has a very important message.

Stay at home.
Save lives.
Protect the NHS.
#DoctorWho #coronavirus

Doctor Who Page
The Doctor has a very important message. Stay at home. Save lives. Protect the NHS. #DoctorWho #coronavirus
View on Facebook 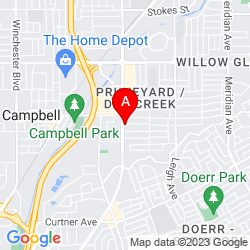